Kythnos, except for the very good terrain for hiking, also has very beautiful beaches, clean, full of sand and without any stones. The seaside waters of Kythnos are blue and turquoise. So, enjoy your summer dives by exploring all the beaches of the island.

Some of the beaches you can visit are:

In Kythnos the visitor can explore the Greek Mediterranean gastronomy of the island in all its hospitable traditional taverns.

The traditional dish of Kythnos is the “sfougato”, a delicious meal of local cheese that is eaten all the time. Moreover, in Kythnos there is a wide variety of authentic thyme honey, considered to be one of the best in Greece, as well as various apiculture products.

So do not miss the opportunity to visit a traditional dairy and beekeeping center in Kythnos and buy for yourself and your loved ones a few jars with a "taste" of Kythnos!
In Kythnos, as in all the Cycladic islands, for many centuries the inhabitants show their faith towards Christianity, building churches. Here, they are over 130 and usually distinguish them from a cypress located in front of each chapel. If you are interested in Religious Tourism, then Kythnos is an ideal place for you. Some religious destinations that are worth visiting are Panagia Nikous, Panagia Flambouriani, Panagia Stratolatissa, the church of Saint Menas and the church of Saint Savva.

Kythnos, however, is particularly famous for Panagia Kanala, which is the island's favorite and is considered to be one of the most important places of pilgrimage in the Cyclades. Panagia Kanala is located in the southeastern part of the island and is considered a miraculous place. According to the legend, in 1869 a group of fishermen found in the narrow canal between Kythnos and Serifos, the icon of Panagia and so it was called the Panagia Kanala church.

Moreover, Kythnos has identified its name with Agios Ignatios, who came from there. Records indicate that Saint Ignatios was born in the 18th century AD, in Thermi, today's Kythnos. Saint Ignatios at a young age decided to go to Mount Athos, abandoning every cosmic stimulus and dedicating his life to God. The religious people and not only them, characterize him as honest, moral, humble, pure, with angelic behavior and energy, and with many natural talents. He liberated Orthodox Greeks from the Crimea, which was then dominated by the Russian Empire. In 1977 AD, he was honored by the Orthodox Ukrainian Church under the title of Saint. Today part of his bones is kept in the church of the Kozadinos family, the Holy Temple of Saint Savva, where the Saint was baptized. On the first Sunday of every October, celebrations take place all over the island of Kythnos.
Kythnos has three museums open for the public. In 2014, the Folklore Museum of Chora was created on the initiative of the young people of Chora. It is a folklore collection of spiritual treasures of Kythnos.

Then, there is the Folklore Museum of Dryopida, founded by the Dryopide Association in an old preserved residence just behind the temple of the Holy Apostles. There, you can find the old-fashioned agricultural tools, the traditional uniforms of the rookie, the equipment of the cell, the "bed" and the woven fabrics.

Finally, the Ecclesiastical & Byzantine Museum is located at the church of Agios Georgios in Dryopida and was created after the wish of the father Konstantinos Gonidis, with the purpose of exhibiting the ecclesiastical objects of the Byzantine era as well as the religious icons that lasted over time. It is worth a visit to get to know the Byzantine tradition of the island.
The festival of Kythnos began for the first time in 2012 with the slogan "All Kythnos a Feast", combining festivals and events with the aim of bringing all locals and visitors together, in July and August each year to an unforgettable summer celebration. The entrance to the Kythnia Festival is free and the program starts with traditional dance, a documentary about Kythnos and its history, and a presentation of traditional dishes.. 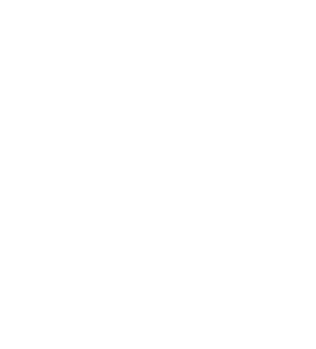